Internal Family Systems, or IFS, is different than most other psychotherapeutic perspectives in that it takes a non-pathologizing approach to personal healing, embracing the mind’s natural multiplicity. Reflecting finds in modern neuroscience, IFS shifts us from the conception of the human psyche as a single unit to seeing it as a dynamic system of interactive minds, or parts.

These various sub personalities, or parts, are distinct from Self, the underlying wholeness at the core of a person present from birth. This Self is akin to a person’s spiritual center described in many wisdom traditions, and it holds an energy of perspective, clarity, compassion, curiosity, care, courage, creativity, confidence and calm. Sometimes it’s described as the home screen of a smartphone – it’s who we are when none of our parts, or apps, are running. With that, IFS synthesizes these three major paradigms; multiplicity of mind, systems thinking, and spirituality. 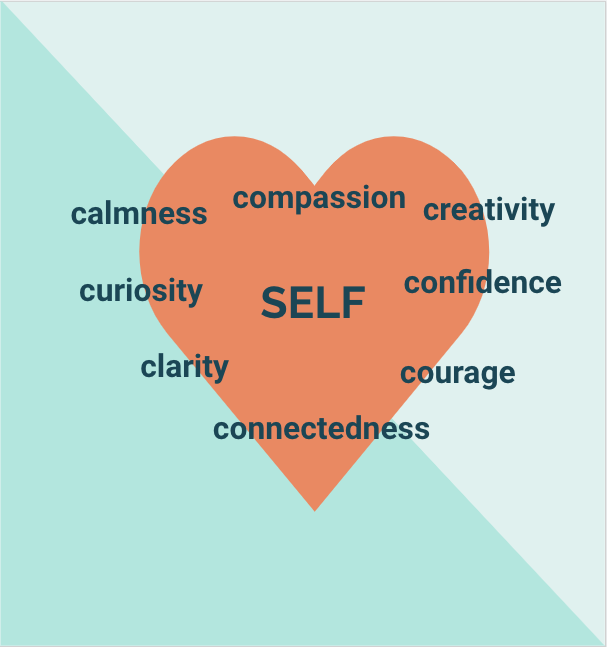 IFS is also unique in that it assumes there is nothing wrong with us – and there are no “bad” parts. Rather, the understanding is that some of our parts have been forced into protective roles within the system to help us survive and adapt to trauma, as well as to help with the day to day functioning in our lives. Some of these parts have become burdened by the negative beliefs and emotions that have accumulated as a result of our past experiences.

These burdens are like a virus in a software application. The aim is to clear up the virus, not to eliminate the software application itself. The app, when healthy, has functions and can contribute it’s skills and perspective to the overall system, which we want. What often happens in therapy is people try to get rid of their burdened parts, rather than approaching them with curiosity to find out what they need from us to become unburdened, what it would take to clear the virus. By connecting with these parts from our Self, they can share with us about how and what they are protecting in our system and how we can help them, making it possible to heal and integrate these parts, allowing them to find more preferred roles than the protecting they’ve been burdened with doing for us.

There are two different kinds of parts: Protectors, and Exiles. Exiles contain the memories, feelings, and pain of a past traumatic event, as well as the consequent limiting beliefs that formed when our systems were overwhelmed by what happened. These Exiles have been sequestered in our psyches by Protector parts who work diligently to make sure the pain of the Exiles doesn’t get triggered and flood the system again. They view the Exiles as dangerous and do their best to try to contain or even get rid of them. On top of that, these Protectors usually aren’t aware that we’ve grown up since they’ve had to step in, and often live as if we’re still vulnerable, young, and unable to handle our experience.

These Protectors work in two basic ways to keep our Exiles at bay: by Managing, and Firefighting. These different kinds of Protectors develop a complex system of interactions among themselves. Polarizations can develop as these parts try to gain influence within the system, rather than allowing Self to lead.

Our Manager parts are proactive and often critical of us and other people. They tend to be the primary voices we hear the most, and sometimes we overidentify with them as if they were Self. They often have rigid ideas of how things should be or how life should be lived according to their family of origin, school, or other cultural norms. Managers may be risk averse and concerned with safety, or concerned with being emotionally overwhelmed. “Never again!” is their motto. Their strategies tend to be around controlling us, other people, or situations, even indirectly (for example by being very pleasing to others) to make sure our Exiles don’t get activated and we aren’t overwhelmed by the pain that was too much for us in the past.

Firefighters, on the other hand, are reactive and are often at the root of addictive behaviors. Firefighters tend to step in when our Managers’ strategies fail to prevent our Exiles’ vulnerability from getting triggered. Their motto is, “When all else fails!” Their strategies help us douse or escape the fiery pain, and can overpower Managers’ efforts to control the system. Firefighters can be impulsive and shortsighted, doing anything they can to extinguish the flames of emotion coming up inside, regardless of the impact on our physical body or relationships. Examples of Firefighter behaviors might be binge eating sugary foods, compulsive gambling, or self-harming.

Exiles, as already mentioned, are the parts of us that have been exiled or compartmentalized for their own protection and to keep their intense feelings, memories, and beliefs from flooding the overall system. These parts carry tremendous vulnerability, feeling the impact of our attachment injuries, being traumatized, rejected, devalued, or marginalized most deeply. They bare the scars from the painful events we’ve lived through. These young childlike parts are often frozen in the scenes where they experienced the original injury and long to be retrieved and loved. Stuck alone in the painful past, their motto is, “Don’t forget me!” 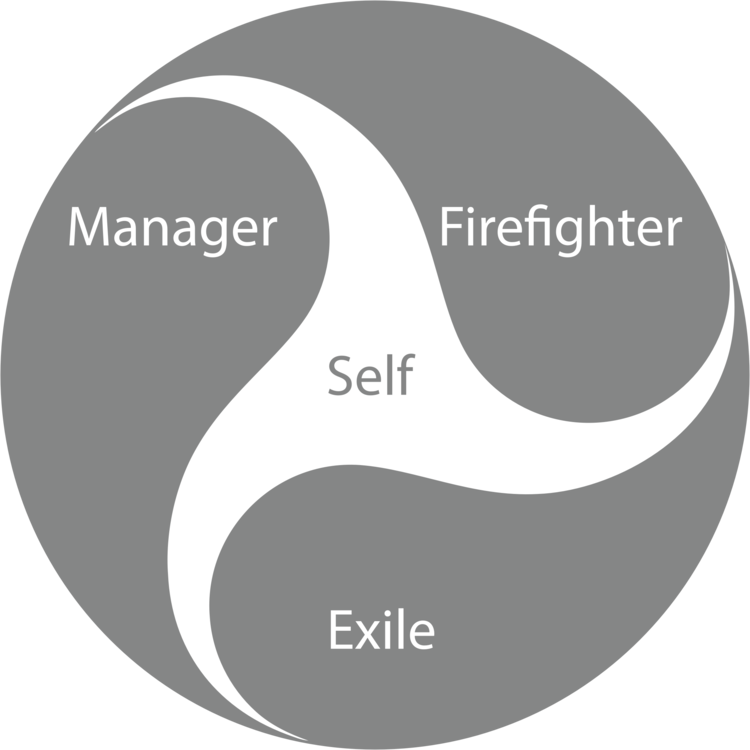 Rather than allowing Parts to lead the system, we can lead from Self, and that’s what IFS is all about. Grounded in this compassionate Self energy, we welcome all of our parts without judgment and start to get to know them, finding out more about their story and how they’re working to protect us. As we do so, we build more conscious and trusting relationships between these parts and our Self, which can then take the lead for these parts, relieving them of their burdensome role and freeing them up to offer their gifts to our system in more choiceful and less costly ways.

We hold an understanding that despite Protectors’ potentially problematic strategies and behaviors, these parts have a positive intent for the system as a whole. Shifting out of judging, diagnosing, blaming, shaming, criticizing, or other forms of pathologizing allows for more curiosity about these various parts, and creates the possibility of integration within our system, rather than further inner conflict, compartmentalization, or fragmentation.

This is a path toward more wholeness and authenticity. The organic outcome of being with our parts while grounded in Self is healing and integration within the system.